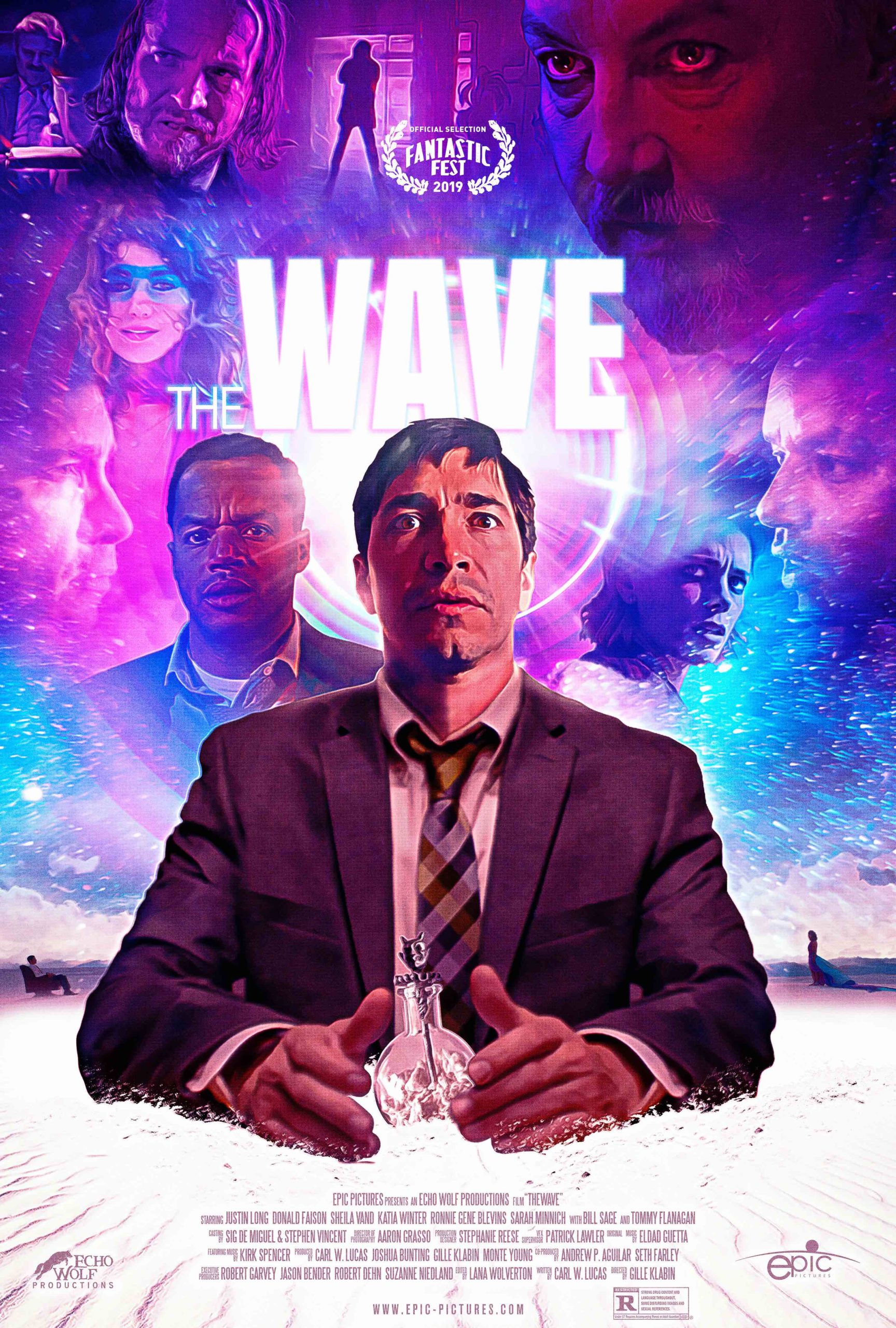 When Frank (Justin Long) goes out on the town to celebrate an upcoming promotion, his night takes an unexpected and bizarre turn when he is dosed with a hallucinogen that alters his perception and changes his life forever.

Here are 5 reasons why you should watch The Wave:

As the lanky and close-minded Frank, Justin Long captures a relatable character who has succumbed to his own personal anxieties. Long starts off Frank as sheepishly nervous before before finally loosening up during his drug haze. Long bursts with frantic energy as Frank attempts to re-discover what happened during his missing hours.

Donald Faison is undeniably masterful with his comedic timing as Frank’s buddy, Jeff.  Wild and funny, Jeff (Faison) is a giddy kick to the narrative. Faison and Long have such impeccable chemistry together when they share the scene.

Shiela Vand bristles the angst-ridden Theresa with such a lively personality. Vand gives Theresa such dominant strength and confidence right off the bat.

As a huge fan of Sons of Anarchy, it would be so wrong of me not to give a shout-out to Tommy Flanagan! Full of eccentricity and toughness, Flanagan perfectly fits the role of the charismatic and philosophy-spewing drug dealer, Aeolus.

The more eccentric the plot gets, the more The Wave becomes wonderfully funny and hyper. The Wave knows how to smack you in the face with its humor and style.

The Wave opens nationwide in theaters and on VOD January 17th, 2020.