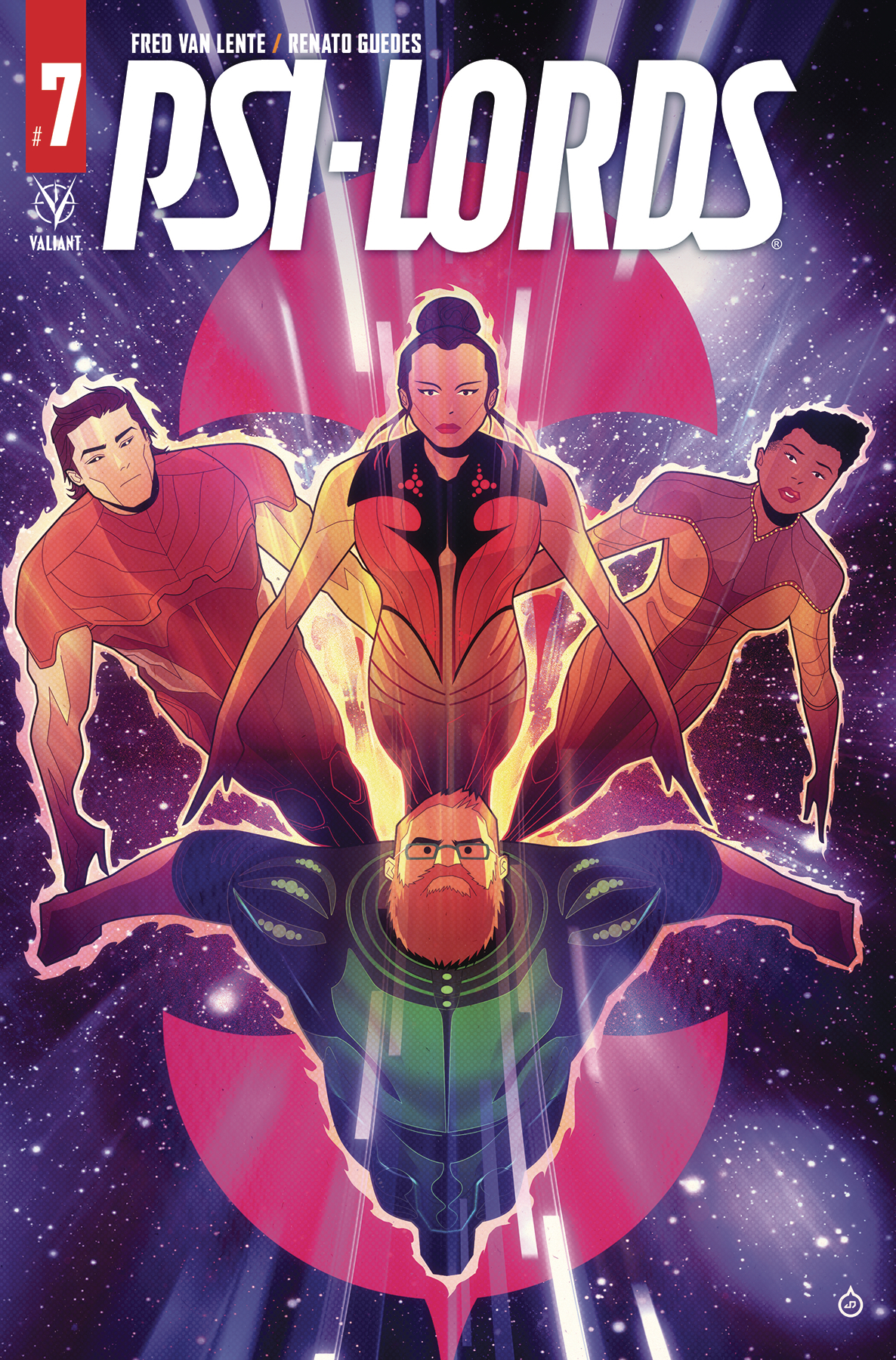 By the end of this issue…SOMEONE WILL DIE!

Here are 5 reasons why you should get Psi-Lords #7:

Artisan, Beacon, Hazard, and Tank were a group of amnesiacs locked up in an otherworldly prison. Just as they were able to make their escape from the prison, the group discovers they are nowhere near home. Now, they are in a race against time to save Earth from a nuclear weapon.

Writer Fred Van Lente captures the group dynamic as they fight together on a unified front. The fast-paced narrative ramps up the momentum as the entire team has to stop a bomb from exploding upon impact. The lettering by Dave Sharpe emphasizes how the stakes are raised as X-O Manowar discovers the consequences if the Psi-Lords fail.

Artist Renato Guedes captures the comedic moments amid the intense space battle. Notice how X-O Manowar looks incredibly worried while the General celebrates drunkenly during the end of the world. Guedes illustrates a grand scale entrance for the Wardens in a gorgeous splash page.

Notice how the primary colors stand out when the Psi-Lords start using their superpowers. The yellow hues brighten the page when Beacon uses her powers to conjure up a flying spaceship. Scion looks like a walking and talking statue because of the character’s solid gray tones.

Sci-fi fans are absolutely going to love every single page of Psi-Lords #7. The Psi-Lords series combines space opera and action into one helluva knockout read!