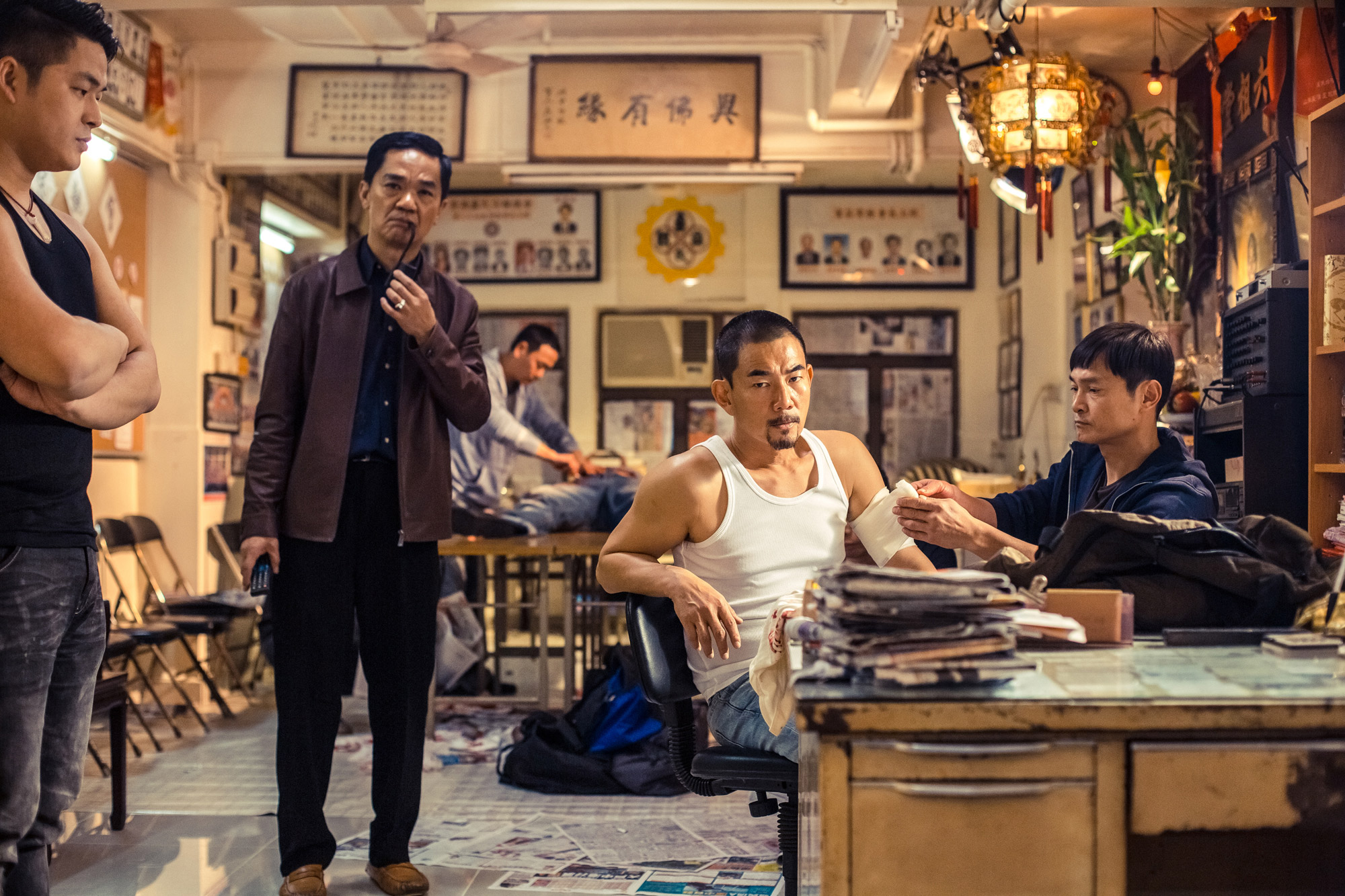 Three notorious gangsters (“kings of thieves”) who have never crossed paths find themselves in the same restaurant at the same time, and their fates are changed forever.

Here are 5 reasons why you should see Trivisa:

From the raw news footage of a live shootout to the suspenseful removal of a bullet, the action pulses with unnerving energy. In its opening sequence, the room is filled with cigarette smoke and nervous criminals racing against the clock from their inevitable capture. From the very beginning, viewers will be hooked with these savvy gangsters, such as The Fence, trying to stay one step head of each other.

Cheuk Tze-keung (Chan) is incredibly flashy and greedy with his eye-popping orange suit. With Chan stealing the show, audiences can instantly tell Cheuk really enjoys playing the role of the bad guy. Always acting out, Chuek doesn’t need to be violent to be menacing; he just needs to pull at someone’s ear.

Kwai Ching-hung (Lam) is on the run and has faked his name on documents so many times, that he’s almost forgetting who he really is. Kwai represents how human nature cannot escape its own fate. Notice how Kawi becomes more withdrawn and introverted as the narrative progresses.

The cinematography by Rex Chan captures the rich and lush lifestyle that high class criminals aim for. The exteriors are beautifully shot, especially when Cheuk roams around the beach.

Riveting from the start, Trivisa takes the crime genre to a whole new level. Audiences will be engaged by the main cast’s engaging performances.

Trivisa is now available on Shudder.