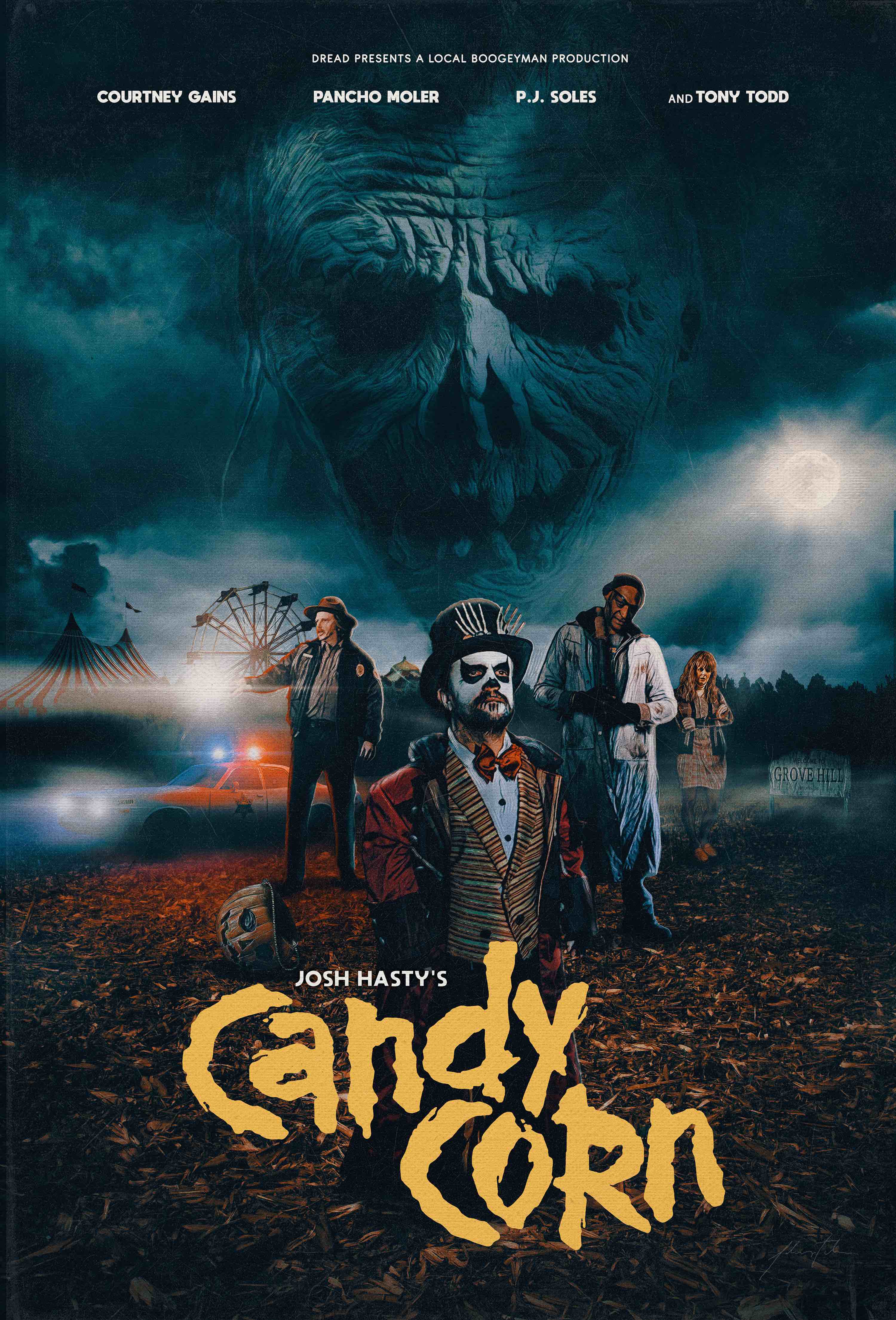 It’s Halloween weekend and a group of bullies are planning their annual hazing on local outcast, Jacob Atkins (Nate Chaney). When they take things too far, he’s resurrected to seek revenge against those that wronged him.

A  dynamic presence, Madison Russ captures so much personality and fierceness as the defiant Carol. Knowing the difference between right and wrong, Carol (Russ) is afraid for her life when the death count starts. Russ has the most suspenseful scene in the entire thriller when the vengeance-seeking Jacob storms into a movie theater.

Perfectly embodying the role of the antagonist, Jimothy Beckholt delivers the threatening menace and deadly charm as Mike, the leader of the bullies. Even when the body count rises, Mike (Beckholt) is incredibly stubborn in his pride. Viewers will definitely be rooting for the bad guy with Beckholt’s performance.

If you love Rock ’n’ Roll High School and Halloween, then you should definitely check out P.J. Soles in this flick. A presence all her own, Soles lightens up the tension with her quirky performance as Marcy Taylor. As a huge fan of Candyman and 31, I loved watching Tony Todd and Pancho Moler going at it in their scene as their characters argued over morality.  Courtney Gains is terrific as the struggling Sheriff Sam Bramford caught up in the extraordinary.

The cinematography by Ryan Lewis captures an eerie small town on the verge of economical collapse. When it comes to the kill scenes, Hasty has an unflinching eye for gore and practical effects.

With an engaging cast, Candy Corn delivers a blood-splattered revenge thriller with shocking kill scenes. This is a gritty revenge fantasy that shocks with its gory effects.