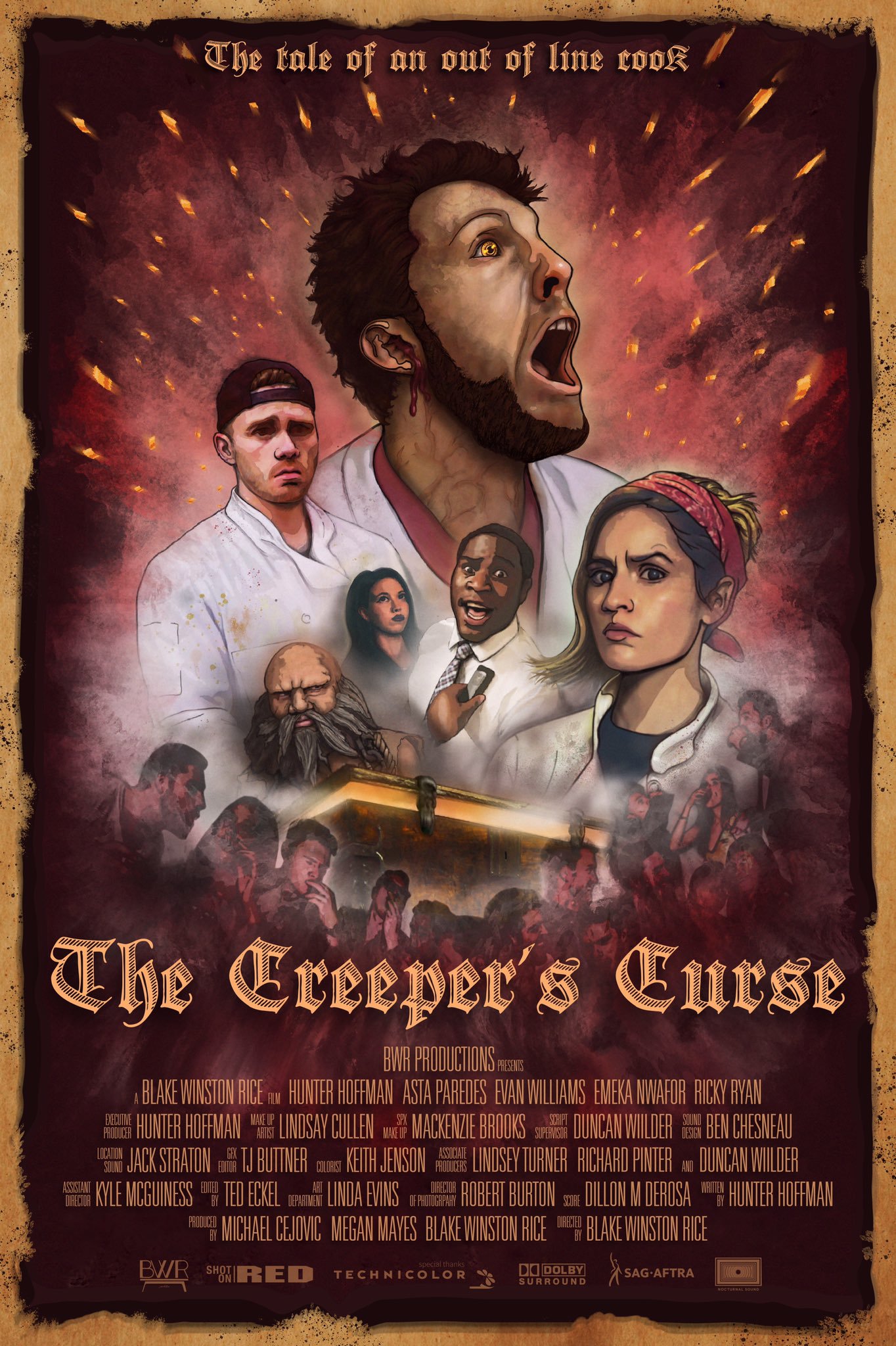 Get ready for something really comedic and scary thanks to the official trailer from The Creeper’s Curse, featuring Asta Paredes and Hunter Hoffman. Check out what happens when you cross the line with the wrong witch.

Chef Roger (Hunter Hoffman) is notorious for hitting on women when he’s had too much to drink, making him an absolute total creep. At a New Year’s Eve party, Roger (Hoffman) aggressively hits on a witch (Brielle Cotelo), The Witch (Cotelo) then places him in an ancient curse, where he is vocally trapped into speaking Elizabethan English and is slowly taken over by a demon.

Here are 5 reasons we love the official trailer The Creeper’s Curse:

The opening of the trailer starts with Chef Roger (Hoffman) already hung-over from his debauchery. There are glimpses of what might have happened during the New Year’s Eve party. Did Roger just puke up beer from his nose?

Co-chefs, Gwen (Asta Paredes) and Marc (Evan Williams), notice that Roger is acting very off-the-wall. Already messed up, Roger has demonic veins stretching across his face. Even his eyes are starting to look weird!

Screenwriter/actor Hunter Hoffman mentioned to Villain Media about the central theme of accountability, “With the importance of the #metoo movement, [The Creeper’s Curse]highlights the responsibility that men have to control their actions, as well as the responsibility of friends to step in when someone is crossing the line.”

The comedy really stands out when Gwen (Paredes) reminds Roger how “handsy” he was during the party. Marc (Williams) adds to the wittiness with his delivery, and states, “You yelled out, ‘Papa shopping for gams,” to the whole bar.”

In our interview, Hunter Hoffman describes the music by composer Dillion M. DeRosa, “The music just heightens everything. The way that Dillion composes, it has fantastical elements to it, but it’s also incredibly grounded. It really makes these comedic and ridiculous moments in the film come to life.”

The Creeper’s Curse will be hitting the festival circuit. Readers can find out more information here: