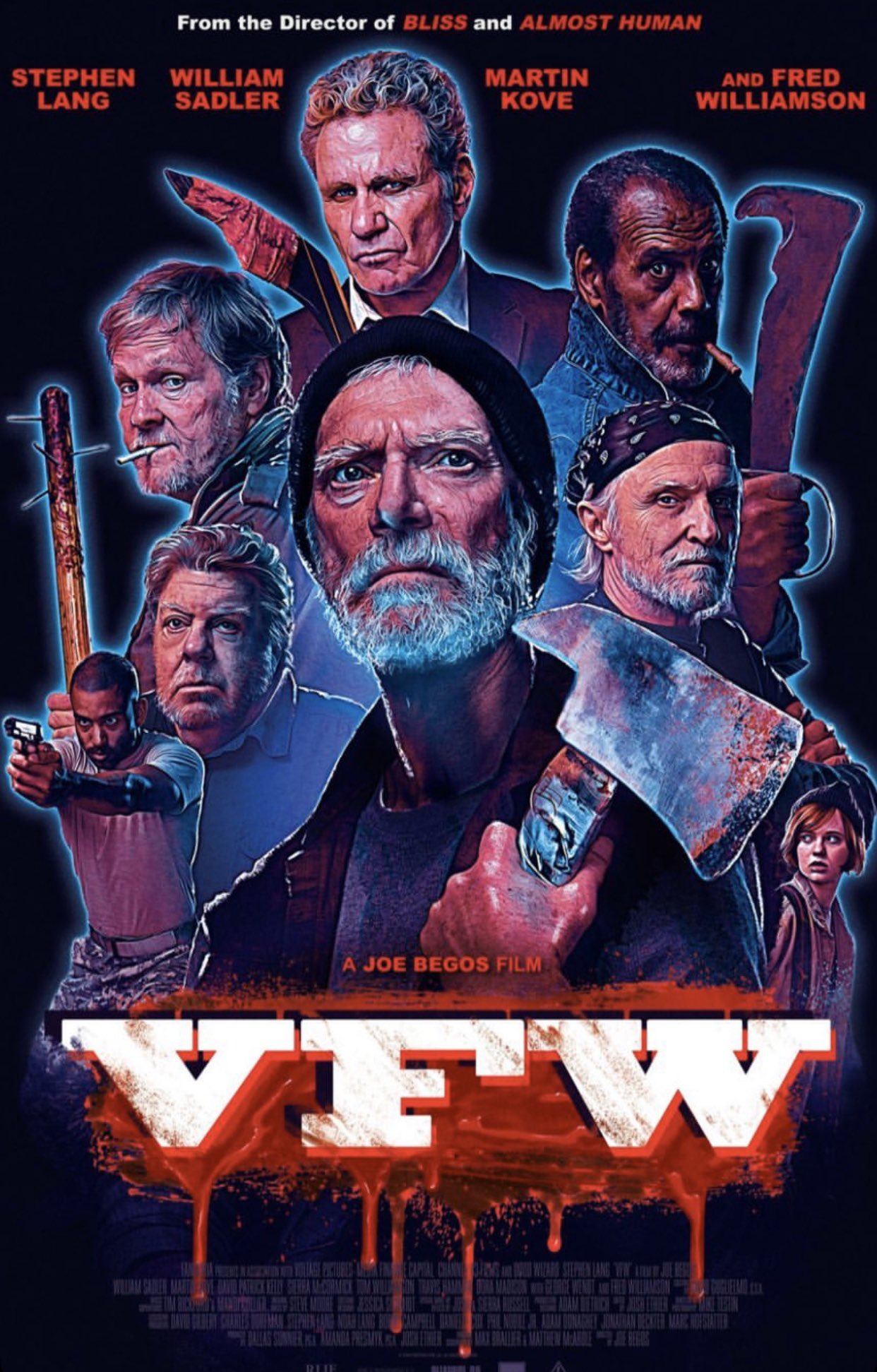 Voltage Pictures and RLJE Films have released the official trailer of the action-packed thriller, VFW, starring Stephen Lang and Fred Williamson. Find out what happens when a group of tough guys find themselves up against a gang of mutant punks.

A typical night for a group of war veterans at the local VFW turns into an all-out battle for survival when a teenage girl runs into the bar with a bag of stolen drugs. Suddenly under attack from a gang of punk mutants looking to get back what’s theirs – at any cost – the vets use every weapon they can put together to protect the girl, and their VFW, in the biggest fight of their lives.

In an interview with Entertainment Weekly, director Joe Begos describes his movies as a classic siege movie, “Mutant punks versus Vietnam vets, which to me are the two coolest sets of characters you can have in a genre movie. So, to be able to pit them against each other is a cinematic playground for me.”

Begos mentions working with the “walking, talking, living legend,” Fred “the Hammer” Williamson, “I mean, the dude will just walk in to a room and he’ll own it. It was so nice to be able to work with him. He did all of this own stunts.”

Begos reminisces about a stunt involving Williamson, “We broke a chair over him. I told him, ‘Fred, we’re going to be throwing this chair pretty hard at you.’ He looks and me [and says] ‘You’d better get it right the first time.’ And he’s 81, too, so that dude was taking some hits.”

To say this weekend was one of the best times of my life and possibly the highlight of my (short) career would be an understatement. So grateful to @fantastic.fest for allowing me and my insane collaborators to have TWO fucking movies here, including a WORLD PREMIERE amongst some of the very best artists working in the genre. Couldn’t have made these movies what they are without them. Thanks to @joshethier for being there every step of the way and making sure these beasts see through to the finish line and @fangoria for letting us do our thing and go balls crazy, and every cast and crew member who (lovingly) deals with my insanity. VFW is going to keep hitting festivals, while BLISS comes out THIS FUCKING FRIDAY on all VOD platforms(and some theaters!)

Begos reveals how he managed to work on VFW and Bliss back to back, “I love crazy-ass hallucinatory arthouse horror movies but I also love white-knuckle f—ing straight-up genre pictures, The fact that I can do both of those in a short amount of time is really quite exhilarating.”

VFW will be released in theaters, VOD, and Digital HD on February 14th, 2019.