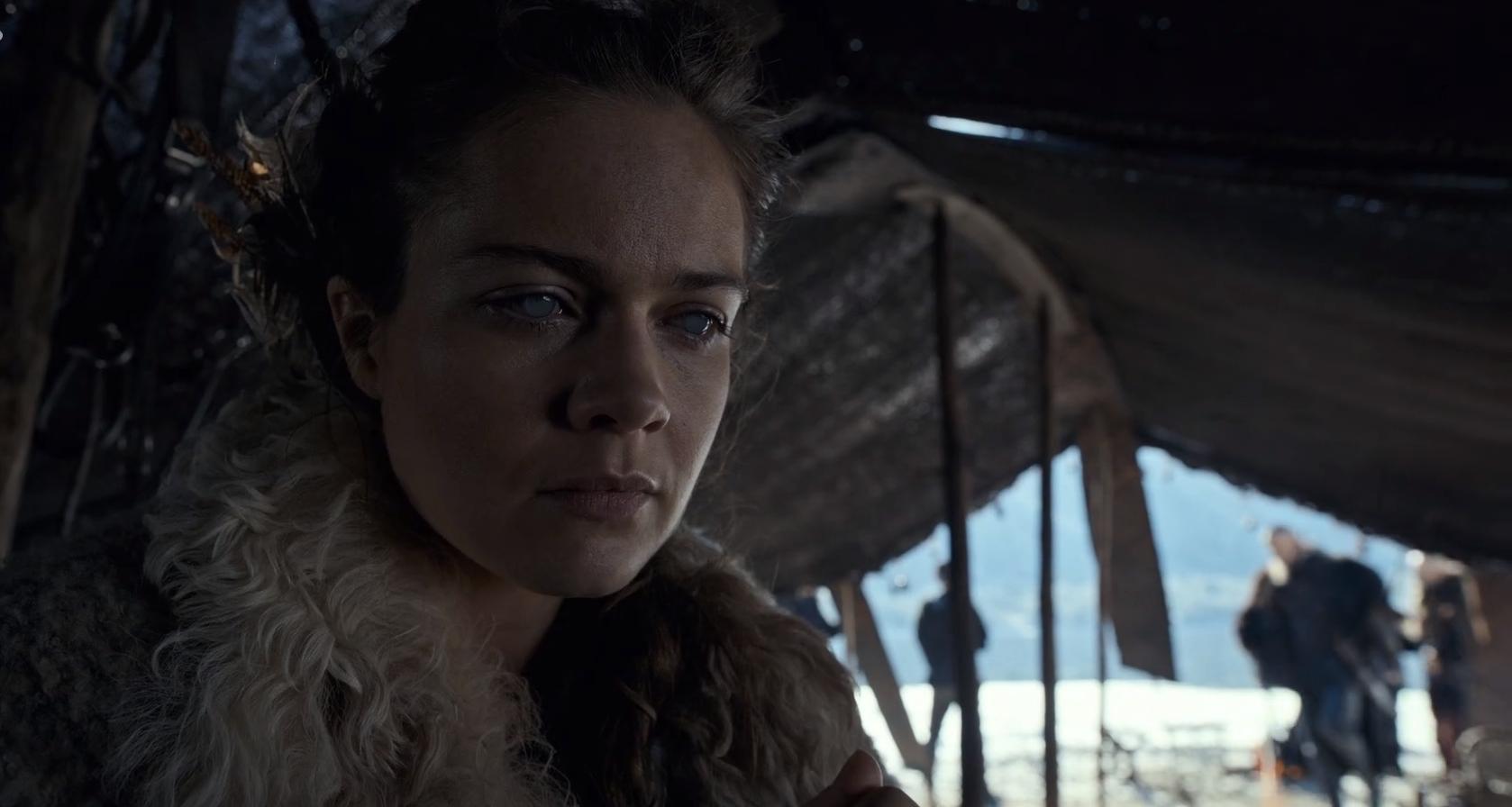 In an exclusive interview with Villain Media, actress Hera Hilmar talks about her role as Maghra in Apple TV+’s apocalyptic fantasy drama, See. Created by Steven Knight, See explores a dystopian future where the entire human race has lost its sight.

Far in a dystopian future, the human race has lost the sense of sight, and society has had to find new ways to interact, build, hunt, and to survive. All of that is challenged when a set of twins is born with sight.

The See actress plays Maghra, one of the central figures in the dwindling Alkenny Tribe. She also happens to be the mother of the miraculously-sighted Haniwa and Kofun. Maghra will soon find herself in opposition against Queen Kane (Sylvia Hoeks).

With See now available from Apple TV+, Hilmar discusses playing Maghra, working with Jason Momoa, and her intense scenes with co-star Sylvia Hoeks, aka Queen Kane. Join us as we head on over to the actor’s studio to discuss the craft of creating character.

Villain Media: First off, I want to say how much I enjoyed your performance as Maghra! I loved her character, especially how she started off venerable before finding a way to empower herself! What interested you about the role?

VM: I loved the scenes you had with Jason Momoa, who plays Baba Voss. Tell me how you both worked on developing the chemistry between Baba and Maghra.

HH: Yeah, we did a lot of prep together. We see them as a couple. We have to explore that. You’re imagining it how it could be. What you envision could be very limiting. We didn’t want it to be like that. They had to express themselves without fear. With the chemistry on set, we had to get in there and be the couple that they are. And of course, we developed that as we were filming.

VM: I loved all the exteriors, from the mountains to the waterfalls, in the backgrounds. Tell me about being surrounded by these beautiful landscapes outside of your character.

HH: Yeah! They’re completely amazing! I love going to work every morning, even if you have to get up at two in the morning! You have to work on a mountain somewhere. It’s amazing! You do something that you love, you get there, and you get a view up close. It takes time to get these places normally, but it’s worth it. It really, really comes out on the show.

VM: I really, really enjoyed your scenes with Sylvia Hoeks! When Maghra goes toe-to-toe against Queen Kane, those two are so intense! You both are on another level! What was that like filming those scenes?

HH: [Laughs] It was intense! It was building to them. You get to know them as people. That was really interesting to me. They are clashing! Those scenes are intense. It was intense to shoot them, but it a great way, you know. Definitely!

VM: How did See change you as an artist?

HH: I don’t know. It’s like any other job. You bring in something new. It definitely opened up my eyes. It definitely opened up my mind about how you live when you’re blind. It helped me to understand. I feel I was so uneducated about how the blind live their life, how they experience it. It’s fascinating to understand something and how the brain focuses more on that. That’s one thing! The character you play, the people you work with, the locations you go to, the community you work in; that’s what I love.

VM: What are you working on now?

See is available to watch from Apple TV+.

[Writer’s Note: This interview has been edited for length and clarity. Links are highlighted in bold.]