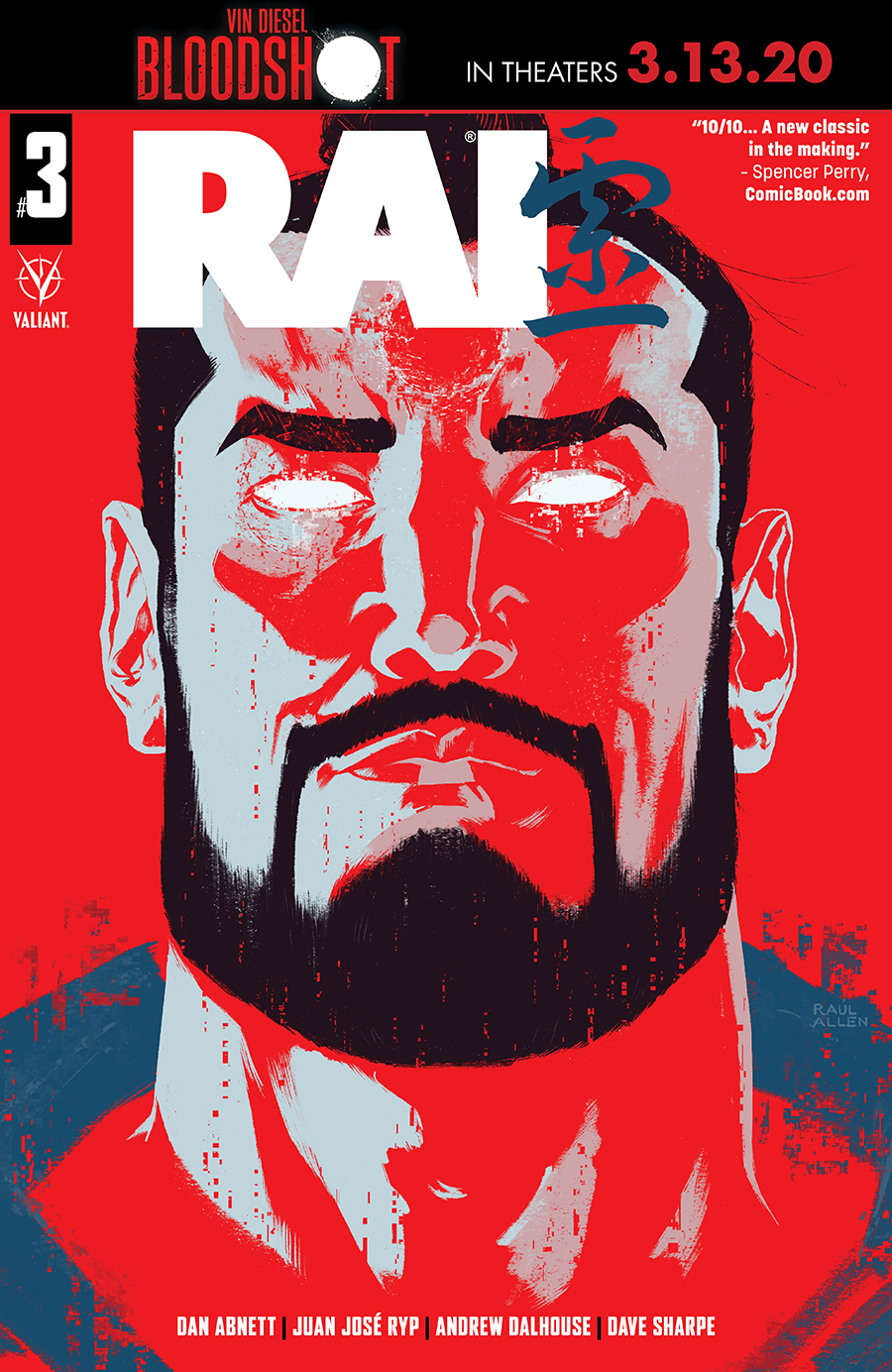 The cyborg samurai Rai’s consciousness becomes trapped in cyberspace! Will he find his way back before being obliterated from existence?

Here are 5 reasons why you should read Rai #3:

Welcome to the 41st century! The cyborg ronin is not alone anymore. With a sidekick named Raijin, Rai embarks on a thrilling quest to save the future. After passing through The Ghost Zones., Rai has suddenly suddenly offline and cannot wake up from his deep coma.

Writer Dan Abnett examines how Raijin is forced to grow up while facing these near-death scenarios. While struggling to keep Rai’s comatose body safe, Raisin has to deal with his own obstacles; a rampaging dinosaur and a deadly assassin. The lettering by Dave Sharpe gives Raijin such the vibrant personality as he tries to be resourceful during desperate times.

Artist Juan José Ryp kicks off the danger and action right from the very first page. In a wide panel, Ryp illustrates a stampede of running dinosaurs racing across the desert landscape. In an extreme closeup, the hungry green dinosaur drools as the giant creature stares at Raijin like a tasty snack.

The colors by Andrew Dalhouse really come alive when the second part of the narrative dives into Rai’s hallucinatory dream. In his surreal dreamscape, Rai encounters a giant glowing bug with fangs and multiple eyes. The red tones pop out from Rai’s glove and wardrobe as he strikes back against the flying critter.

With two fast-paced stories running back-to-back, Rai #3 gives readers tons more action than they were expecting. I can’t wait for the next issue!!