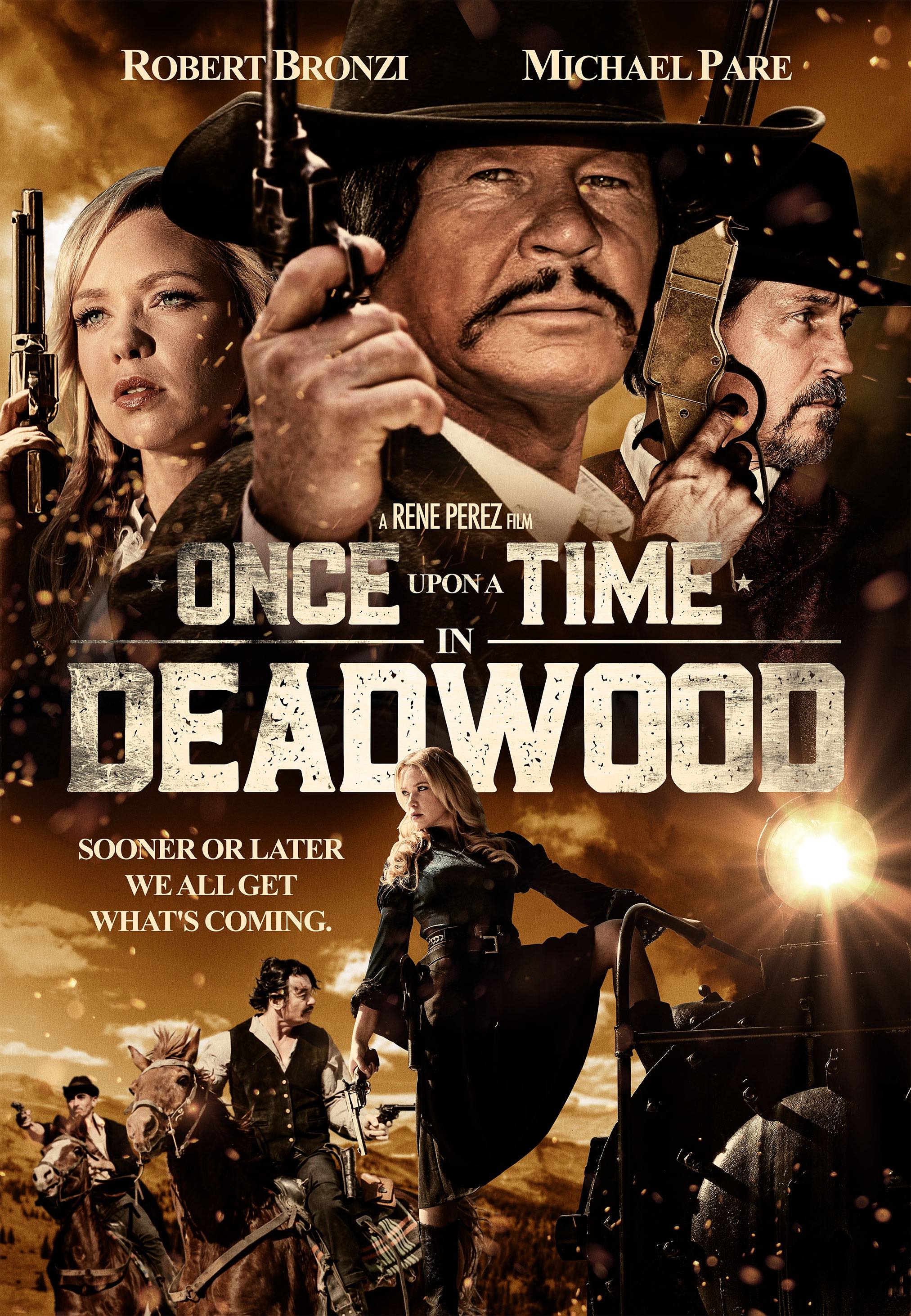 Uncork’d Entertainment has released the first official trailer to Once Upon A Time In Deadwood, starring Robert Bronzi and Michael Paré. Following up his gritty thriller Death Kiss, filmmaker Rene Perez delivers a fresh spin on the wester/action genre.

As we previously mentioned, a notorious gunslinger who is slipped a slow-acting poison by an heiress and told he has three days to track down and rescue her sister, who has been kidnapped by a band of hoodlums and holds the antidote.

Here are 5 reasons why we love the trailer to Once Upon A Time In Deadwood:

We loved Robert Bronzi in Death Kiss and we can’t wait for his Escape from Death Block 13. Director Perez teases, “If you liked Death Kiss, you’ll love Bronzi again delivering his brand of justice. We filmed at recognizable locations where Bronson stood 50 years ago on the classic Once Upon A Time In The West, and I can’t wait for fans to check out this latest chapter in our series of films with Bronzi.”

With her six-shooter and black outfit, Karin Brauns looks really badass in the poster! Kudos to the production team for highlighting the film as a period piece with Brauns’ elegant wardrobe.

Miller, who also contributed to the screenplay with Perez, serves as producer with Ronnie D. Lee (The Toybox). Miller and Lee are producing through their companies Millman Productions and Ron Lee Productions, respectively.

Once Upon A Time In Deadwood was filmed in California as well as in Western Leone, near Almeria, Spain. For wester fans and movie historians like myself, the site holds a special significance. This is where much of the filming took place in Sergio Leone/Charles Bronson masterpiece, Once Upon A Time In The West.

Once Upon A Time In Deadwood arrives October 1st on digital and on November 19th on DVD.